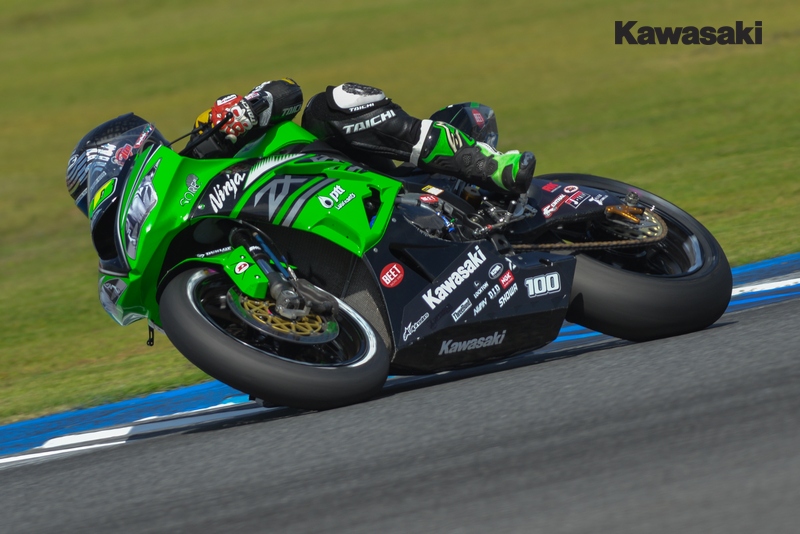 During 1962, Kawasaki engineers were developing a four-stroke engine for small cars. Then some of the engineers transferred to the Meguro factory to work on the Meguro K1 and the SG, a single cylinder 250 cc OHV. In 1963, Kawasaki and Meguro merged to form Kawasaki Motorcycle Co.,Ltd.[ Kawasaki motorcycles from 1962 through 1967 used an emblem which can be described as a flag within a wing. …

Work continued on the Meguro K1, a copy of the BSA A7 500 cc vertical twin.[ and on the Kawasaki W1. The K2 was exported to the U.S. for a test in response to the expanding American market for four-stroke motorcycles. At first it was rejected for a lack of power. By the mid-1960s, Kawasaki was finally exporting a moderate number of motorcycles. The Kawasaki H1 Mach III in 1968, along with several enduro-styled motorcycles to compete with Yamaha, Suzuki and Honda, increased sales of Kawasaki units.