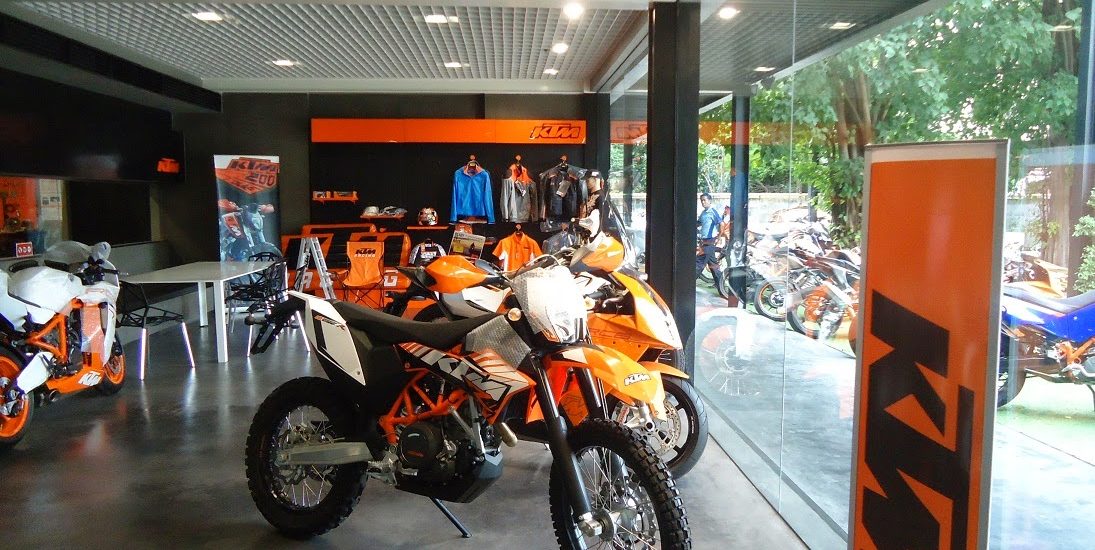 The KTM AG (the former KTM Sportmotorcycle AG) is an Austrian motorcycle brand owned by KTM Industries AG and Indian manufacturer Bajaj Auto. KTM was formed in 1992 but traces its foundation to as early as 1934.

KTM is known for its enduro, motocross and supermoto. Since the late 1990s, it has expanded into street motorcycle production. In 2015, KTM sold almost as many street as off-road bikes.